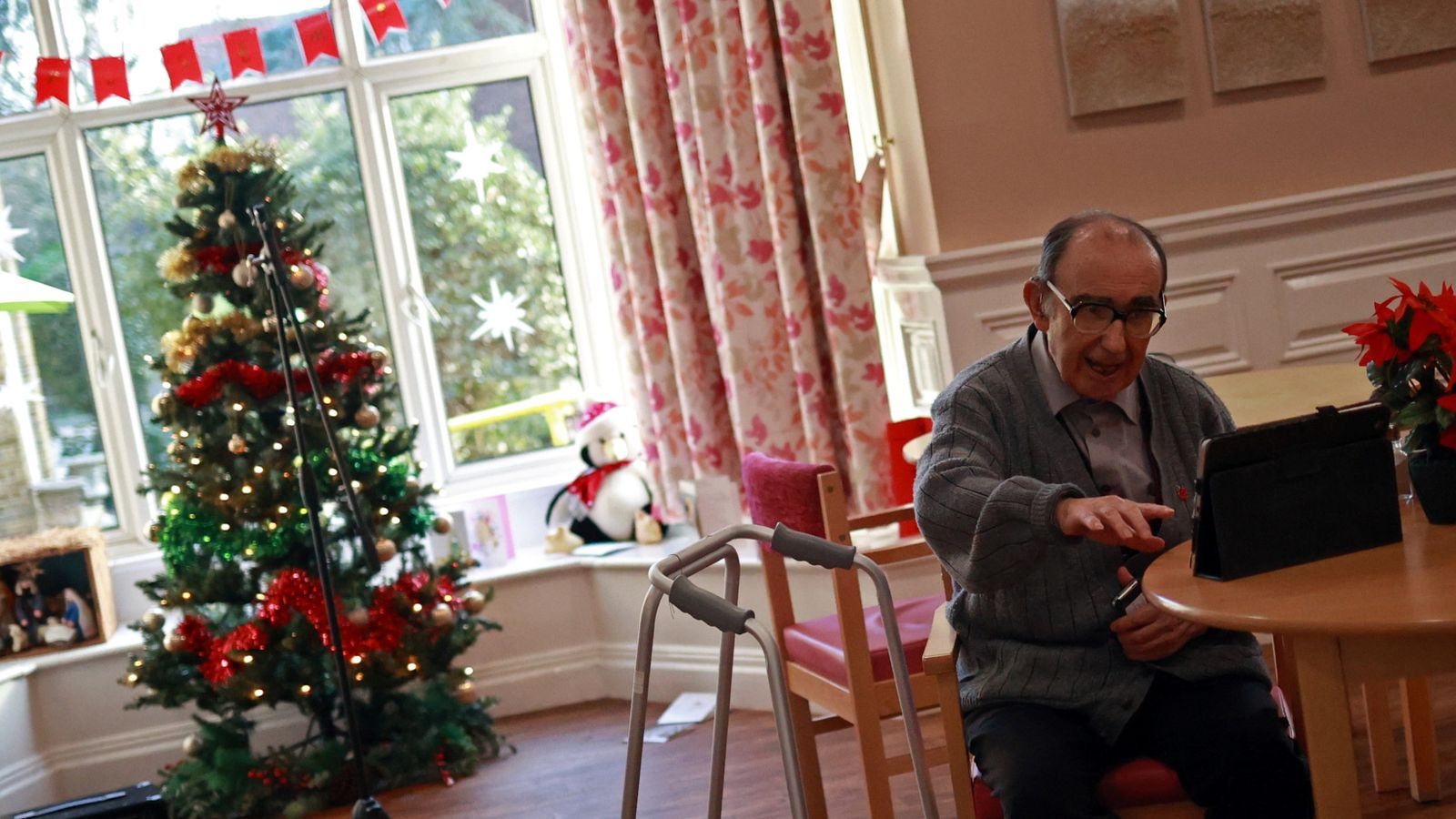 A health minister has denied there is a “plan C” to control COVID-19 by restricting household gatherings in England at Christmas if hospital admissions get worse.

Edward Argar told Sky News it is “not something I’m aware of” after reports claimed Whitehall officials are considering not allowing members of different households to meet in each other’s homes – as was the case most of last year.

The plan, the reports said, would be imposed if COVID-19 cases continue to rise towards Christmas and the government would want to minimise the economic impact by keeping shops, pubs and restaurants open. Javid: No need for ‘Plan B’ yet

But Mr Argar told Sky News’ Kay Burley: “I checked it out and I’m told that is not a story with foundation.

“Of course as a government, as we’ve done with Plan B, we look at alternatives and ways that you might, if you needed to, start easing that pressure [on the NHS] but the specifics that are mooted in it, about limiting household mixing, about going back, is that it isn’t something that’s being actively considered.

“There is no intention to reinvent lockdown, one of the reasons we did it last year is we didn’t have the vaccine and earlier this year it was still being rolled out.

“But the key message is get your jabs when you’re invited.”

He reiterated the health secretary yesterday urging anyone eligible to come and get their booster jab as concern grows over the slow uptake.

Sajid Javid told a news conference: “We’ve come so far, thanks to the efforts of so many, but with winter ahead we can’t blow it now.”

He warned of a “narrowing gap” between the vaccine preventing hospital admissions and deaths and said the public must “play their part, not just to save lives, but to keep your freedoms too”.

The health secretary said “Plan B” – mandatory vaccine passports, face coverings and work from home advice – will not be implemented yet but the government will “be staying vigilant”.

The NHS Confederation and the British Medical Association (BMA) has called on the government to implement Plan B now, with BMA council chair Dr Chaand Nagpaul claiming the government has “taken its foot off the brake”.

People aged 50 and over, and those aged 16 and over with a health condition that puts them at high risk from COVID-19, are being sent invitations to get their booster jab as winter comes.

But many have said they have not received their invitations, however, Mr Argar said if they have not and they had their last jab six months and a week ago they should go onto the NHS’ booster booking website or call 119.

The website, confusingly, still says eligible people can only book online if they have been contacted by the NHS.

India might tighten crypto rules instead of imposing an outright ban, crypto exchange boss says
Lisa Nandy to shadow Michael Gove on levelling up brief as Sir Keir Starmer’s reshuffle continues
Oil prices are headed for $100 despite U.S. efforts to release reserves, analyst says
EasyJet sees softening of bookings amid omicron uncertainty as annual losses deepen
Face mask rules tightened, PCR tests for travellers and jabbed have to isolate if in contact with an Omicron case